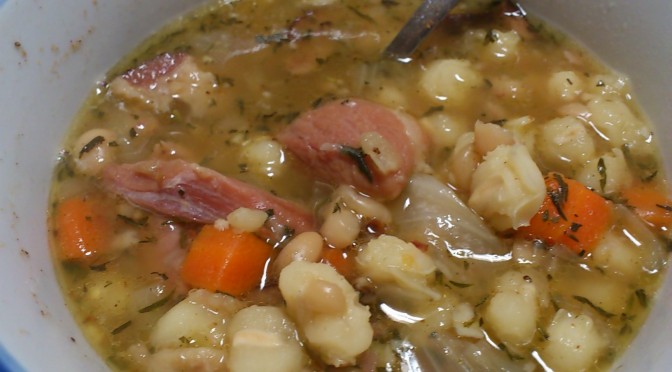 Recipe and photo by GaddAboutEating

This is the perfect food for these grey winter days.  This recipe calls for a ham bone – maybe you have one sitting around the freezer, left-over from the holidays?   Maybe you need to make yourself a delicious meal of glazed ham and scalloped potatoes …. 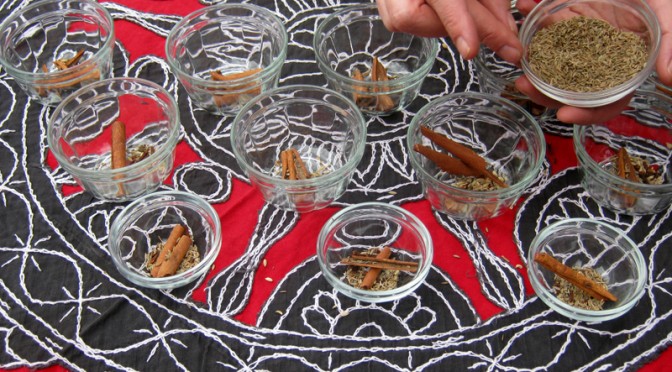 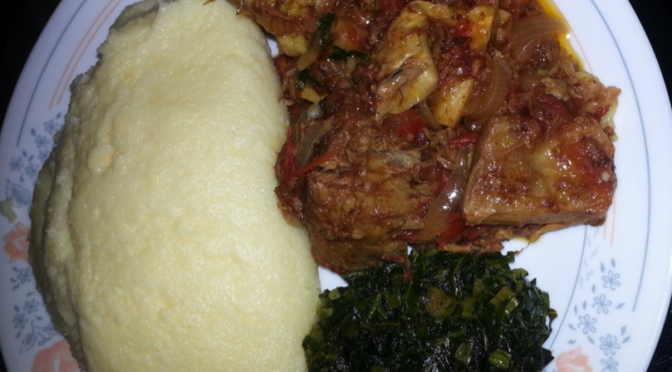 This is a very basic beef stew. It’s easy, delicious and inexpensive to make. While there are hundreds of variations of this traditional recipe, it’s hard to improve on this version’s savory and comforting goodness. Serve with Sadza and Curried Kale.