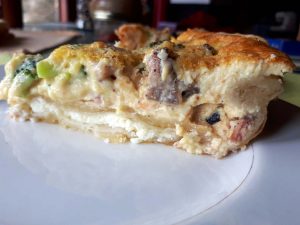 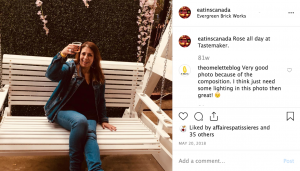 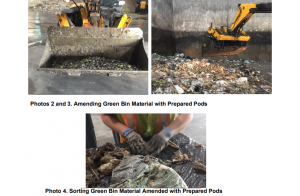 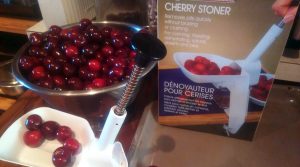 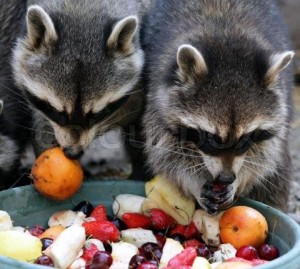 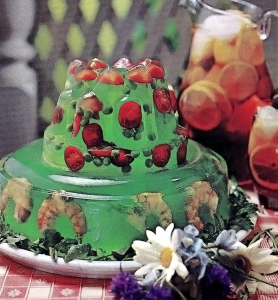 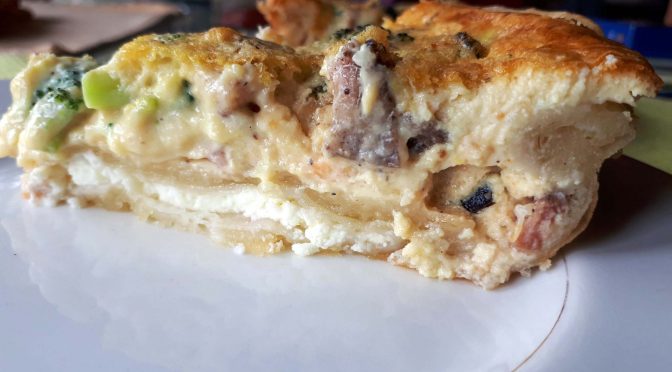 With homemade fresh cheese and puff pastry on hand but also lots of eggs, and fresh farm milk, I could not choose between making Pastizzi (a Maltese snack with puff pastry enclosing ricotta), or a quiche. So I decided to try both.

I made a basic quiche custard with a bit of whipping cream to make it rich, and added sauteed onions to the blender to enhance the flavour. The filling included some home-cured bacon and sauteed broccoli florets with pepper cheddar.

The crust was folded 12 times (3×3)x3). One piece was separated to make a layer just large enough to cover the bottom of the pan. After the larger main crust was in the pan, it was covered with a layer of ricotta, and this was then covered with the small piece of dough, which was crimped down to fuse it with the main crust.

The edges of the main crust were rolled to give height and after the filling ingredients were added, the custard was poured over top of this. Pastizzi layer covered and crimped down Completed quiche, straight from the oven