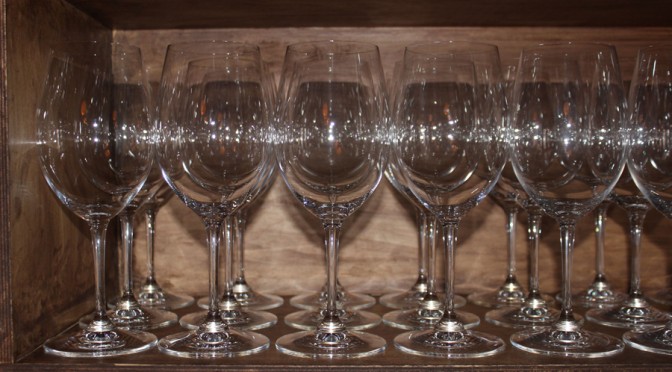 Review and photographs by Gayle Hurmuses

Enoteca Sociale is one of my favourite restaurants. I’ve been there a handful of times…the food is invariably excellent, and the service is outstanding in an understated way. The first time there, I had a wonderful Boston Lettuce, Blood Orange, and Hazelnut Praline salad that was so good I can still taste it. My companion had ordered a pork dish that was beyond delicious and while firm and satisfying, was nevertheless so tender that it was truly possible to cut it with a fork.

It had been the recommended dish of the evening.  While we were placing our orders and asking the server about dishes on the menu, she had offered the pork as her favourite on the then current menu, almost whispering to us that it was marinated in brine overnight, dropping her eyes just a bit and smiling like a lover, clearly remembering the taste like the memory of a kiss. It was merited.

Sadly, I had been accustomed to my companion’s usual restaurant suggestions being uninspired at best, so had not expected anything good, had eaten a bit before going, and had to restrict myself to the salad…which thankfully was a superstar and helped make up for some of my disappointment. It even led to my second visit to the restaurant, to revisit that dish and try others.

On that second visit, I again had the salad, and a wonderful rack of lamb that was the special for the evening. The server was again, personable, but not omnipresent, tastefully offering suggestions and always tactful if it was necessary to interrupt to advance the meal. The salad was again wonderful, and I recall asking about the excellent bread, which I was told they make in house. I was on a bread fast at the time, which was happily broken that evening, as there was not a chance that I would pass up this sublime treat. We may have asked for more bread. *hangs head*

That salad reminded me of the opportunity to use juices as the acid component in a salad dressing, to use fruit juices more in general, and also (along with my discovery of Sweet Georgia Browns, more about that next month) inspired a spate of salted praline making. Among other dishes, it inspired my take on the salad.

Naturally, I’ve wanted to write about Enoteca Sociale for quite a while, but kept putting it off…then while looking at a blank screen, contemplating the month’s theme, got an email from their

publicist, asking if I wanted to publish their Rosemary Foccaccia recipe for Bread Day on November 17. In the end, the timing didn’t work out, but it led to the chosen theme of Bread and Soup for November, and for that inspiration, I am again thankful.

They make 8 loaves of bread a day, except on Saturday, when they make 16, and sell half to the first 8 lucky people to arrive…and there is always a lineup at noon, when the sale begins.

I arranged to interview Holger, the Bread Baker and Pasta Maker at Enoteca Sociale, during his morning baking time. It was intended to be a video interview,

unfortunately, the combination of borrowed equipment and the discovery that my extra data cards were with my lost camera and not the recording device scotched that, but happily, the photos came out well.

Informally trained, Holger has been cooking since childhood, and has been at Enoteca Sociale since the beginning. A lifelong baker, he proposed the bread program as one of the ways of

distinguishing the restaurant, and of supporting its slow food mandate. For Holger, making both bread and pasta are the epitome of food artistry, requiring a keen understanding of (in the case of bread) a living chemistry that must be carefully nurtured. This is especially true of their sourdough, which is a wild yeast that he trapped himself, and which assures the unique character and flavour of their bread.

He also uses the slow rising, no kneading method popularized by The New York Times food column recipe, but certainly used elsewhere, and which he points out was made truly possible by the invention of the electric refrigerator. Holger loves that it gives variable results, not completely predictable, and again, requires delicacy and finesse to truly master. I watch, and try not to interrupt his flow as he works with the bread and the gnocchi and speaks about his history with food.

These two processes are interleaved, and he moves from peeling baked potatoes, mashing them, adding flour and salt, to stirring the huge batches of dough with his hands. As with his bread, Holger likes a basic approach to gnocchi, eschewing other ingredients to lighten them, such as egg. “Flour, salt and potatoes are the only ingredients you should need. This is another area where expertise really shows.”

He moves quickly and gracefully, with

few wasted movements, measuring and mixing the ingredients with his hands, pulling out a piece of dough, rolling it with his hands into a long rope, then cutting this rope into equally sized pieces, quickly, quickly, then just as fast, taking a cooking sheet and rolling them onto this using the same dough cutter, all in one movement, making an evening’s worth of gnocchi while waiting for the bread to rise.

Then, he gives the bread one last turn with his hands, before moving it into the large pans that the focaccia is cooked in for the final resting before being baked.

As I re-read this, it sounds like this all happened at one time, in one go, butHolger has been in constant motion, moving one batch of dough upstairs, putting another into the oven, before going back to the prep kitchen in the basement to prepare the next batch, and to make his gnocchi. Normally a meditative time for him, before the rest of the prep staff arrive, he’s been doing all of this while also patiently answering my questions and offering explanations.

A gracious host, he makes me a cappuccino to enjoy while waiting for the next loaves to come out of the oven so that I can photograph them, and goes back downstairs to complete the next batch of something. I photograph the loaves when the time arrives, and make plans to be first in line one Saturday to buy a sourdough from them. I will absolutely savour the bread with greater gusto the next time I am there.