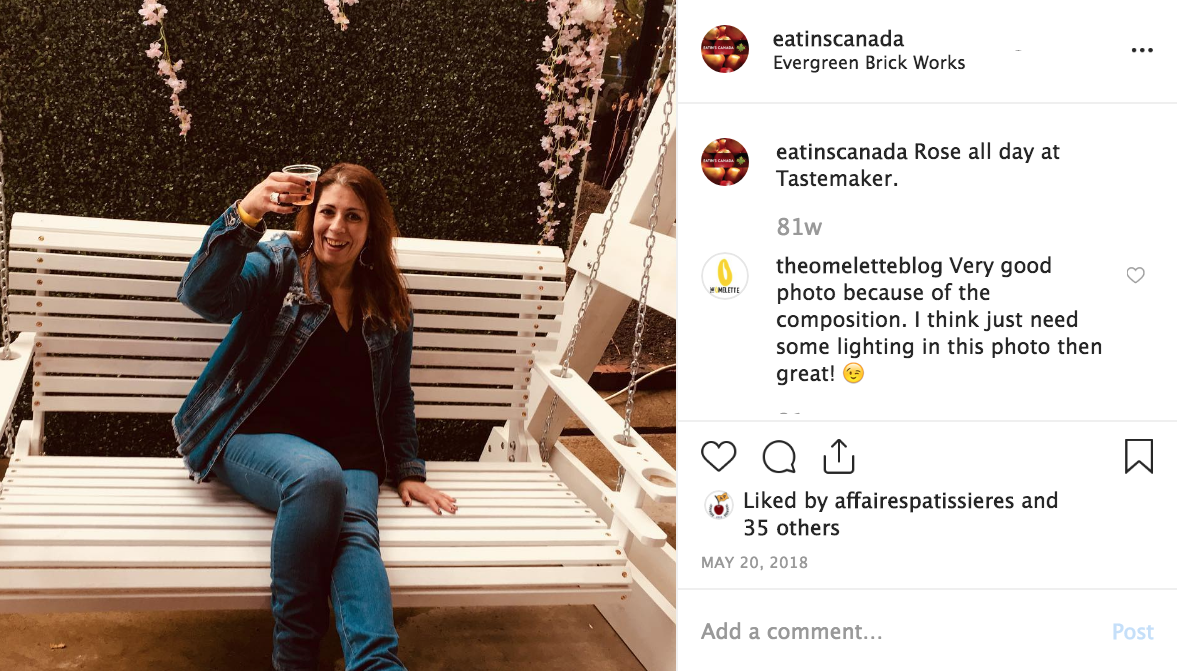 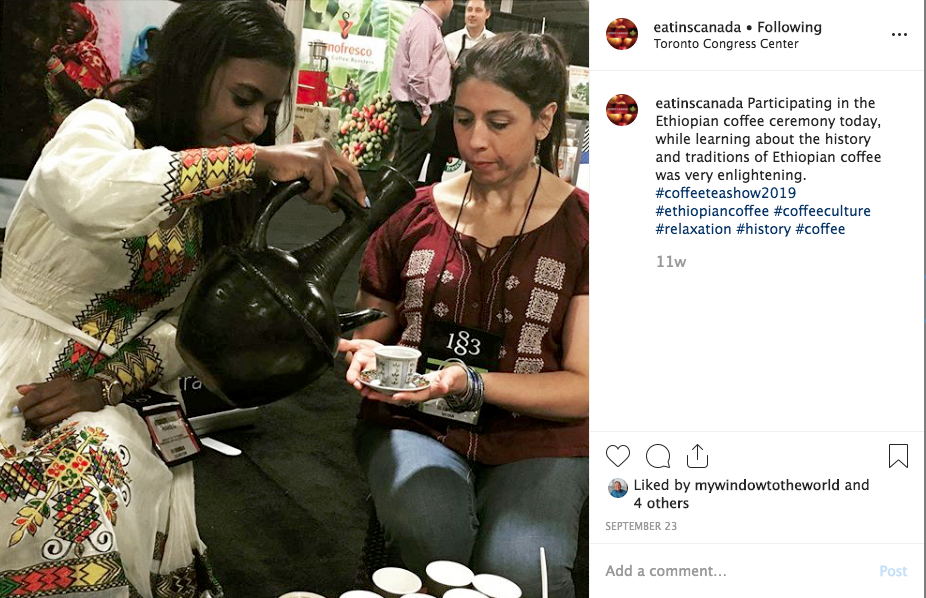 For those who run and attend food events in Toronto and follow our Instagram and twitter accounts, you have likely met our Toronto Editor, Shoshana Brohman.

You may not know it, but she is a 30 year survivor of various cancers. Shoshana is currently facing some very particular challenges related to the treatment for the cancers having caused other health issues to arise.

Shoshana’s partner Jim, explains it all very clearly in  his letter below, dated December 13, 2019. Shoshana and Jim at Ciderfest 2019, one of Shana’s favourite annual shows.

Shana  gave her permission to post this update. It’s quite long but tells the fullest story we can.

A week ago Shana had a conference call with her oncologist, her general practitioner, the nurse manager in charge of coordinating the teams providing her with different kinds of care and treatments, and other assorted doctors. She went into the meeting feeling relatively well, like she was making demonstrable progress and she expected to get relatively good news. She got the opposite.

Before writing further, there are certain words and terms we’re trying to stray away from. It’s not like anyone’s avoiding the dark cloaked elephant standing in the corner but part of looking forward with optimism is focusing on the things you want to focus on and choking energy from those you don’t. The elephant’s there, its tusks are sharp as a sickle, and it could stomp and stampede anytime.

At the meeting, she was told they were retracting most of the medicines that keep her functioning because her heart, lungs, and kidneys are struggling so badly that the pressures these drugs put on them could cause failure. They are continuing the targeted cancer and two other life-sustaining treatments but everything else including anti-seizure, most pain-relief, anti-nausea, migraine relief, a host of vitamin supplements, etc…, are being suspended. The theory is they’re giving the organs a break for 90 days to rebuild themselves before assessing her overall strategy again.

This part is a bit complicated. Cancer can cause changes in how a body functions. Several years ago, for instance, Shana’s thyroid was completely removed. The thyroid regulates the body’s systems. Without it your body couldn’t process food into energy. She’s needed to use an artificial form of thyroxin which itself needs to be regulated quite closely. It is sort of a hub-drug regulating how her body processes and reacts to everything else. It is being reduced by about 25% which could cause a cascade of ill-effects.

For the last two years, Shana has been receiving blood and iron transfusions to compensate for her body being unable to produce its own red blood cells which transport iron, oxygen, and other nutrients to her vital organs. Years of cancer treatments and being starved of iron and oxygen have left her organs very badly damaged, most particularly her heart, lungs, kidneys, and liver. She often has a difficult time moving from one side of her apartment to the other without feeling severe chest pains. In the past 90 days she has suffered numerous seizures, four TIAs (mini-strokes), severe arrhythmia and several cardiac events of varying severity.

Head injuries add confusions to complications. Shana has a history of traumatic head injuries stemming from three decades of severe seizures, drop attacks, and other losses of consciousness. I’ve seen her have hundreds of seizures in our time together. One day early in our relationship we were out shopping and she became a bag of wet cement while standing beside me in the checkout line. She was right beside me so I was able to catch her as she fell. Her head didn’t hit the floor or the checkout counter or some random piece of metal. Not that time anyway. It was the first time I saw a drop attack happen. She’s had dozens of those over the years. They come out of nowhere and she’s not always within arm’s reach. That’s why she’s not supposed to ride the TTC. Too many random pieces of metal to hit one’s head on. She’s currently got a small skull fracture from a seizure two weeks ago.
She has been instructed to always be within five to ten minutes of a hospital. Fortunately, that is fairly easy in west-end Toronto. Honestly, that’s one of the few semi-fortunate things.

Another fortunate thing is the level of support from the medical community. In west end Toronto, the doctors come to you. So do nurses and home care providers and a host of community organizations that exist because our parents and grandparents decided leaving people out in the cold is uncool.
The most fortunate thing is the level of support from our friends, colleagues, families, and our communities. Love is energy and energy is life. Shana gets energy from your love. She might not be able to reply right now but she’s reading, hearing, and seeing the messages of support. They mean the world to her.

Many of you didn’t know Pirate Shana, the good to go cannabaker who risked providing illicit pain relief to dozens of cancer patients when it was still a serious criminal offence to do so. There’s also Sexual Health Shana, the condom fairy of both Carlton University and Carlton Street, which are hundreds of kilometers apart. Today there is the Zen Tortoise, the slow moving memory bank of extraordinary experience, a keeper of terabytes of practical knowledge that people should know. Lots of people knew these and many other versions of Shana throughout the years. She’s been reminded of the people she’s known the last few days as folks reach out to her and the memories make her happy.

The best case scenario is Shana somehow toughs it out through the 90 day period and her heart, lungs, and kidneys heal themselves to such a degree the doctors feel comfortable reinstituting a newly formulated cocktail of symptom mitigation and pain relief medications built around a stable level of thyroid hormones. From that position she can go forward in her fight against the core-cause of almost all of this, the cancer that’s still in too many parts of her body. That’s where we’d get to if we were able to produce a first rate action montage or dance sequence. Unfortunately, this ain’t Bollywood it’s more like gritty Hollywood.

The worst case scenarios could play out in any number of fast or slow or easy or graphic and always terrible ways. Her heart is going to be put under a great deal of strain as nausea causes vomiting which is hard on the heart. Changes in her endocrine system can cause an even greater number of seizures. She can’t catch her breath and can only speak for minutes rather than the hours upon hours she’s accustomed to. (* Jim ducks as Shana throws an audio-book at his head. 😉 ) She is supposed to do nothing, zero, that might stress her heart. She was even warned about watching Leaf games. That’s not a joke.

That dark cloaked elephant in the room, the one with the sickle sharp tusks, is wide awake and it’s wild angry and we’re not sure how to calm it down beyond tranquilizing the life out of it and hoping for the best.

One of the doctors said this plan was the best of a limited number of really bad options. It very well could lead to the best possible outcome, manageable stability and a return to full cancer treatment. It very well could lead to the worst variations on the worst of all outcomes. It could fall in the middle but given we’re dealing with extremes nobody knows where the middle might be.

As of the time of this writing, the community has provided Shana and me an opportunity to spend a lot of precious time together over the holidays and into January. I am going to be able to decrease my work load and step away from the Internet for a while to concentrate my energies on making her experience easier and less physically traumatic. Your help will also let us expand her home support and dietary options. We are very aware that many other couples trying to support and survive don’t get chances like this. It’s going to take another 1300 words to even scratch the surface of our gratitude. Till then, the same six will have to suffice. Thank you. We love you too.

The fundraiser Support for Jim and Shana organized by webmasters Chris Hawkins and Kristine Schactinger is set to help them with the attendant expenses of this period. Things not covered by OHIP or other social programs, like special foods, transportation, medicines, and time off of work to care for Shana. This website makes no money, and pays nothing…we do it for love. If you have enjoyed anything we have done, if you have followed Shana’s content, please consider a small donation to this campaign. 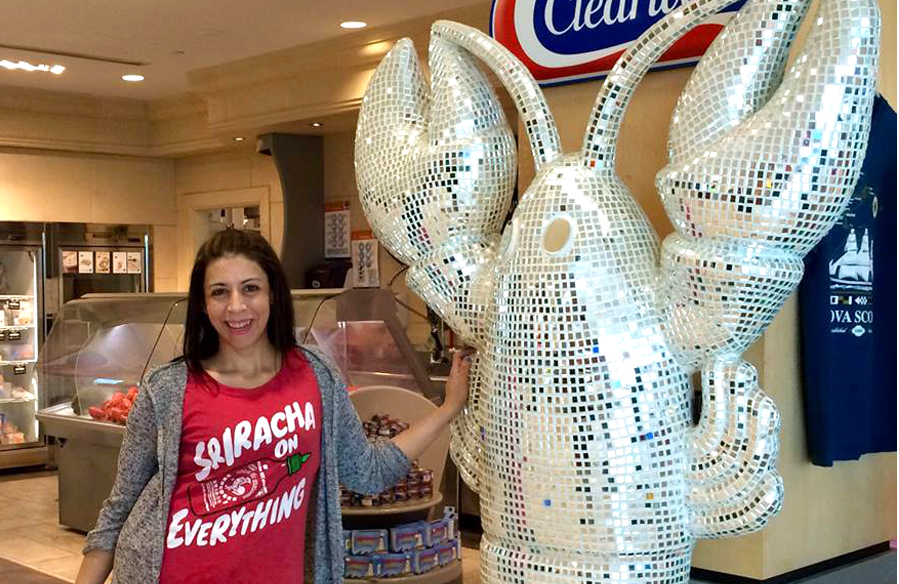