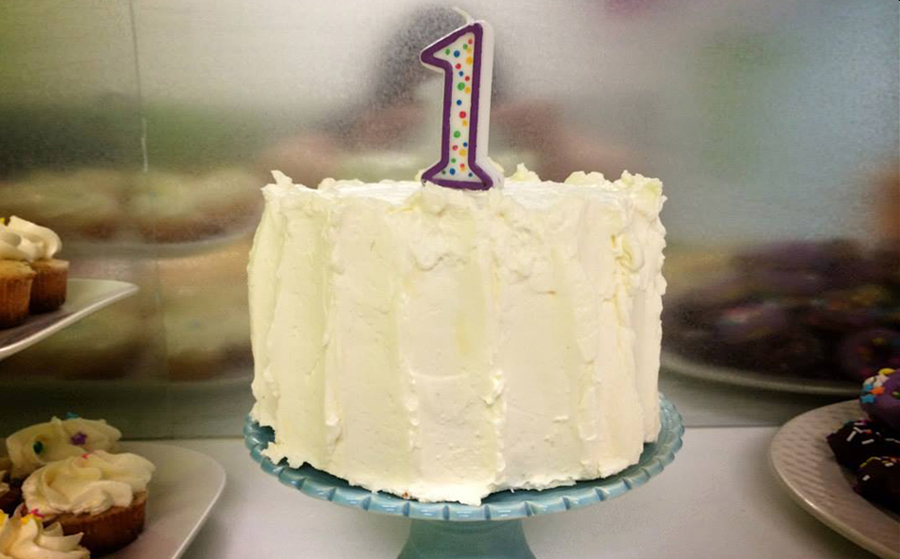 A year. 58 recipes, a couple of dozen articles, many reviews, and 16 contributors with more coming soon! It’s been an exciting year and a growing experience full of opportunities to meet great people, to try new foods, and to share the love of cooking.  At the end of the day, that’s what this site is for, to teach about food, to discuss it, and to share a passion for food and its annual rituals. I grew up cooking, in a food industry (fish exports, restaurants, grocery markets) household where everyone not only cooked, but each had their own specialty. Funny thing, we were all so busy cooking that it’s one of the few activities we don’t really have pix of us doing.

My folks would regularly host parties with 100 people or more and we’d cook as a family enough food to feed all of them. Christmas dinners were often for 35 to 40 people, with furniture moved out of the way and tables brought in from everywhere. In those days it was a lot more common for people to preserve their own foods, and it’s what I grew up doing…certainly during my childhood. Both my mom and Mrs Davidson the next door neighbour, would each can bushels of food every year, with Mrs Davidson having the edge on volume and variety. I don’t make everything myself from scratch, but have always made it part of my objective to know how to do so, to understand how things are made and how to work with the seasons. There are some things that I always want to do for myself, or I’d simply do without them…like canned tomatoes.

For me, there is no comparison between home canned tomatoes and even the best that one can buy commercially. In a pinch, I might consent to use commercial tomatoes for a pasta sauce, but never for tomato soup, where the taste of the fruit itself is the key note.

Last year I did one bushel of tomatoes and really ought to have done two, as I usually do. The sauce was gone in a moment and I’m already down to only 3 quart jars of tomatoes, which I could easily use up in a week. I still have a good amount of ketchup and salsa…which makes me happy.

Sadly, my computer was held hostage to an evil repair company in September (note to self, always go to the Apple Store) and I was unable to post almost anything during that month, although I certainly did a lot of canning and preserving. I’m planning to post some of those retroactively, as soon as time permits. The thing about canning is that it’s not about the money you save, it’s about the quality you get…and it’s about owning the food you eat and share with the people in your life.  It’s a great family project, and adds enormously to the appreciation of the food we eat. This website celebrates the importance of the seasons as part of the calendar of food and of keeping us grounded. It’s a reminder that everything we eat comes to us directly out of the earth. So, this year, as last year, we’ll look at planning a garden for cooking and follow that process all the way through to cooking from the garden, preserving the harvest and later use of that food during the winter months. Over time, we’ll look at planning these activities year over year…one doesn’t need to make every canned item every year…if you’re not a nomad, you can plan your preserving in 2 or 3 year cycles, or join a canning exchange group in order to assure a good variety of canned goods.

From seed to jar, food always provides a context for being grounded, for following the seasons, enjoying the best of food as it appears, and setting some of it by for later use in the winter.

Yes, it’s work, but it’s a joyful celebratory labour that creates fun from beginning to end and it’s an act of love and caring to share with the people who are important in your life.